As of February 1, I guess the YALSAblog, which I have tried to shepherd along for the part year, is no more...or I guess it's going to be "reimagined" and "repositioned." 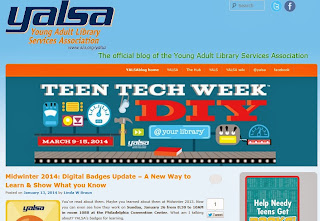 When I talked to YALSA President Shannon Peterson, she connected it to the report from the summit on teens and libraries. This is the message she sent to the advisory board shortly after:

As you may be aware, YALSA's report on the Future of Teens and Libraries was released this past week. The report, which calls for a major "paradigm shift" in the way in which teen services is addressed and implemented, will have major repercussions for our members as well as for the greater organization.

In order to address and support this change, we will completely reimagine and reposition the YALSA Blog. As of February 1st, the current Manager, Advisory Board, and roster of blogger postions will be disolved in order for us to lay the groundwork for a new vision.

I thank you wholeheartedly for the dedication that you have demonstrated during your respective terms and hope that you'll consider other avenues for contributing to the organization. On a particularly timely note, Chris Shoemaker will be collecting volunteer forms for other process committee and advisory board positions through February 1st.

Thank you and please let me know if you have feedback or questions.

At first, this felt like a personal failure. Was I not doing all I could to make the YALSAblog relevant? But maybe it's the platform. Nieman says so.  But then, it felt like a relief -- I spend hours every day editing copy, begging for posts, posting other people's content, marking spam. Precious time I can use for other projects...but it's left me feeling bereft. I spent so much time there this past year, and I really believed we were creating a repository of ideas and experiences that would be useful for practitioners for a long time to come. And if I feel that way, my guess is that the bloggers and readers will be sad, too. 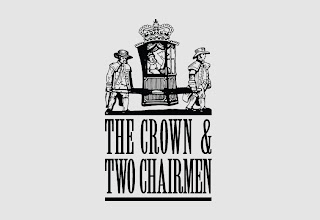 Meanwhile, we stopped at this pub in the West End last week. The graphic made me conscious of something I'd never realized: being a chairman? Sort of sucks.
Posted by Wendy at 5:00 PM