I started spring break with comfort reads (Agatha Christie's A Murder is Announced and The Body in the Library), but was tripping back through Caitlin Moran's Moranthology when I re-read her interview with Keith Richards on the occasion of the publication of his memoir. I had Life languishing on my Kindle since 2011, so settled in, and was I ever rewarded! 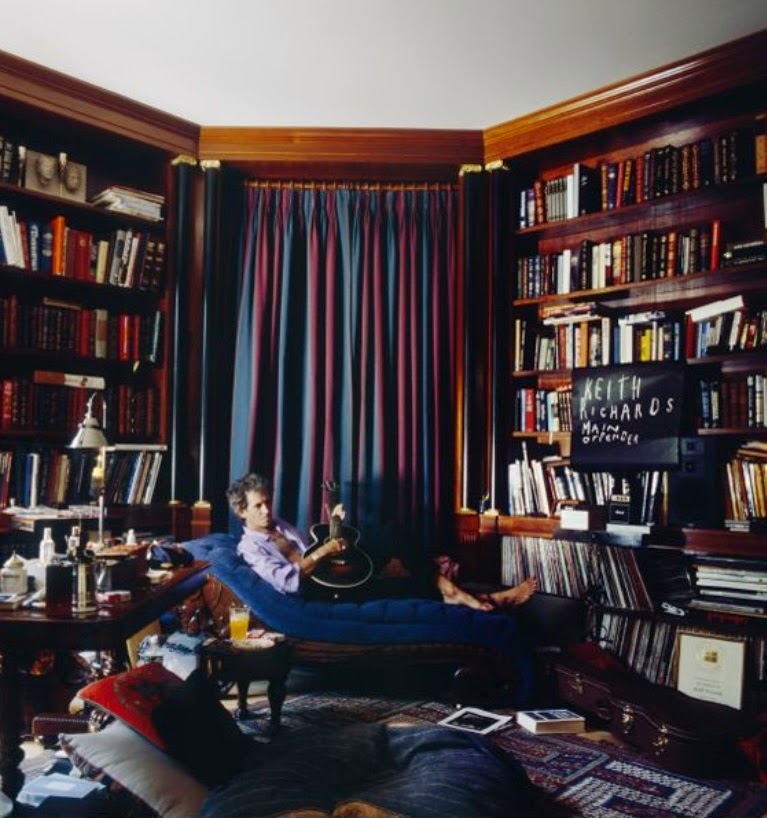 I can't say enough about how fascinating this portrait of the Stones' guitarist happened to be. The Keith-and-Mick stuff, well, it's what you expect. But Keith is so bright! Of course, the passages about libraries particularly warmed my heart. As an arts student, he "would raid the public library for books about America." Now, he says he leads "a gentleman's life. Listen to Mozart, read many, many books. I'm a voracious reader. I'll read anything. And if I don't like it, I'll toss it."

Then I saw there was an audio version...read, in part, by Johnny Depp. So I may just have to reimmerse myself in Keith's strange, compelling world.
Posted by Wendy at 5:00 PM