...that's just how much of the coursework I've managed for this administrative credential. The first month was a good one. We went to campus and met with some other groups of students there. We took a Foundations course and a Technology one. There's a practicum up next.

Our instructor brought in guest speakers from our system to describe the use of technology in their specialty areas. Those conversations with department heads really did help us see aspects of the school other than the narrowly instructional. The administrative details of the Child Nutrition Program (including the process of evaluating families for federal support) were fascinating, and I really appreciate the central and remote control of the school plant which Dan Evans described. The certificate database with search capabilities which Ken Kubik demonstrated should be showcased, as it assures parents that our teachers are well-qualified, and I can see where it would be helpful when screening candidates.

I probably use technology in my work more than do many of my classmates, but I was quite impressed by how quickly my cohort picked up the read/write web technologies. It really demonstrated to me what our teachers are capable of, given exposure and support, in learning digital tools. I am heartened by the prospects for teaching and learning, given their obvious understanding of using technology for communication and leadership as well as instruction.
Posted by Wendy at 2:27 PM 0 comments

I spent most of last week with an amazing group of teachers and school librarians, at a meeting of the Library of Congress Teaching with Primary Sources Mentor group. We met some of the specialists who get to engage with amazing resources full-time.

My big thrill the last time I was at the Library was a peek into the Adams building stacks; this time we got to visit the main reading room after hours, mug for pictures, and even check out the card catalogs.

One of my favorite discoveries this time: this amazing colonial map (1763). I think you could throw the Silverlight version up on a digital projector and spend hours pouring over it...

I've got a couple of related presentations coming up, and this is what I'm putting together:

Into the Past...Inciting Inquiry with Digitized Primary Sources from the Library of Congress

These collection represent our nation’s cultural heritage. Help your students remix, mash up and make that their own. This webinar will feature navigation techniques appropriate to the Library of Congress’s extensive electronic collections, highlights from flagship online exhibitions, and fresh ideas for integrating primary sources in read/write web projects across the curriculum.

Whether you’re in a classroom with a single workstation or a one-to-one computing environment, the Library’s curated collection of themed resources, lesson planning tools, and professional development modules can support the successful integration of this unequaled collection of documents, images, texts, and film. Come and explore the resources that will transport your students into the past...
Posted by Wendy at 6:13 PM 0 comments

This week, more than 500 educators from 9 systems and 5 private schools came to Sparkman High School for the North Alabama Technology Conference, expertly coordinated by Vickey Sullivan for the sixth year.

My first session Wednesday introduced iNow, the new student information system. I sat with two members of my school faculty, which made the workshop more useful.

I found the keynote, delivered by retired detective and FBI consultant Richard Love and entitled "Child Sexual Exploitation via Media and Technology,"  to be designed to manipulate his audience in the worst possible way. I think using a clip from Saturday Night Live (which was itself terrible dated, as were Love's references to AOL chatrooms) really brought down the tone of his whole presentation. His caveat never to post a picture of yourself online seemed to somewhat contradict his proviso that we set up a facebook account to experience what younger people are doing. I found it quite telling that his own wife had ignored his expert advice. I think Love is a Luddite and a reactionary. Sexual offenders have always existed, and I have seen studies that instances of child sexual abuse have actually decreased over the last few decades because of awareness campaigns. I resent the implication that technology has facilitated this sort of predation, when it has simply recast it. I am disappointed that the conference chose to begin on a fear-mongering note rather than focus on constructive and innovative uses of technology. I think media awareness and literacy can largely mitigate the uninformed and reactionary anxieties that Love has evidently made his career feeding.

I gave a 3-hour workshop Wednesday afternoon on the Instructional Uses of Cell Phones (slides below, but the website may be more useful). Ironically enough, we didn't have cell phone reception in the classroom, so chose to make a series of field trips in search of a signal. There was palpable excitement as the participants practiced SMS-ing Google queries, responding to polleverywhere surveys, and writing to wifitti walls. Again, twitter let us down, only a handful were able to create new accounts, but I think they got the idea of backchanneling.

I won a 500GB hard drive in Wednesday afternoon's door prizes. It only seems to work with the Mac, but I guess it will be my new Time Machine device.

Thursday morning, I decided to forgo the Moodle session in lieu of some shorter concurrent session. The first I'd chosen was cancelled, and I ended up in another on Moodle after all, this time for language arts. It discussed some really interesting elements of Moodle design. When I mentioned these capabilities to two of my Moodle-using colleagues, they told me that they aren't able to upload a picture to the Madison County district Moodle server. That is the only disadvantage I see in having so many practice-based workshops with teachers from different districts -- the local policies and technologies do vary radically.

Then the next session I'd planned to go to was cancelled as well, so I ended up in one on Glogster... I had used a glogster for the splash page for my afternoon workshop. The presenter was a librarian who had seen the poster technology at AIMA (now ASLA) in June.

There was a small but enthusiastic crowd for my concurrent session on ereading (slides below). I had a petting zoo, too, so they could experiment with Kindle, Stanza on iPod Touch, iBooks, and Tablet ereader applications.

I ended the day as the only participant in a session on VoiceThread, so it became a private tutorial. The presenter put together a VoiceThread where second graders talked about their favorite books. Instead of a series of photos with a single voice or two voices in tandem, which is how my students have always used VoiceThread, these students all spoke over a single piece of clipart. It was interesting to contrast those different uses. She helped me figure out that you can only use the doodle tool when in recording mode with a live mic, and I had an educator account, which allowed me more VoiceThreads, which was something she had only just learned about at AETC.

It was a good conference, full of sharing and rather practical tips. I was really gratified to see so many teachers from my school faculty there as well as many librarians I knew. It seems to bode well for our district.

Last week, I started classes towards an administrative certificate with a cohort of teachers from my district. The program is offered through Samford University, a small Christian school in Homewood. There are seven of us altogether.

A couple of years ago, I wouldn't have envisioned moving in this direction professionally. I love the library and I love technology, neither of which requires this sort of experience. And I've still got that dissertation thing hanging out there, after all, with no foreseeable end in sight (if you know a good freelance statistician willing to take on an interesting project....you know where to find me)

But in the ed tech world, I started seeing some amazing young administrators who were leading who faculties in these really creative ways using technologies. Two standouts are Chris Lehmann from the Science Leadership Academy in Philadelphia, who I met at the Google Teacher Academy, and Kipp Rogers, a middle school principal who uses cell phones in all sorts of transformational ways. I began to see a potential for a realm of influence far larger than my current one in the library. And some really bright women emphasized the gender imbalance in secondary administration, appealing to my feminist bent.

An additional factor is the impending retirement of my exceptional administrators, Tommy Ledbetter and Sarah Fanning, from Buckhorn High School. I'm hoping we will have them on campus for another two years, but I may overestimate. I realize a lot of my role as the school librarian is really at the liberty of the administrators, and I have been shown a considerable amount of support. The main impetus for me in taking the educational leadership classes is in maximizing my opportunities in the advent their successors don't support the library in the same palpable way.
Posted by Wendy at 2:16 PM 0 comments

Another post-ALA note. My friend Laura was surprised I didn't mention our whirl around the exhibits Friday night. Cathy Nelson writes about learning about the seats at the back of the Newbery Caldecott banquet... Laura taught me that Friday night is the definitive time to visit the exhibits, in terms of ARC aquisition.

I probably didn't mention it because I feel quite ambivalently about ARCs, the advance reader copies that publishers use to promote upcoming titles and distribute to review outlets. Thanks to the work of  Liz Burns, I know they are more expensive to produce than trade editions. I first started running across them as a book review writer for the newspaper, in another era. But I do think they are an important tool for librarians as well as reviewers. I do think we need to know about the new books to help generate buzz. But I am NOT about getting ARCS of every title, especially when I can tell at a glance I would never read them. It's hard to plan what you get at the exhibits, and while I scored The Duff by Kody Keplinger, I left without Matched, the Ally Condie dystopian, and Forget-Her-Nots, on the language of flowers by the delightful Amy Brencount White. I have found ARCs seem most abundant for sophmore efforts. 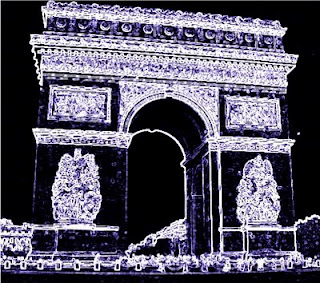 But it seems like there are some better options to carrying these weird, unsellable, uncollectable volumes across the country evolving. I think NetGalley is the most brilliant concept ever. Even though I have to read them as .pdfs on my Kindle, it's still well work the dollar or two to convert a book for your own hardware. It was through NetGalley I found Sources of Light by Margaret McMullan, my favorite YA read of the year. But with eGalleys, I won't have a parent chase me down a year later to tell me how terrific her daughter thought it was that I brought her the Pendragon prequel, "a book that wasn't even published yet." And that will be a parent who will always support the libraries.
Posted by Wendy at 9:57 AM 1 comments