Earlier this year, I was feeling a little over ALA. I was becoming convinced that it was too enormous and unwieldy to be useful to me as a nascent academic. I questioned the utility of a conference experience where it seemed like social media created an in-group and out-group. I even did some research into professional involvement life cycles to confirm I wasn't some sort of negative Nellie outlier. 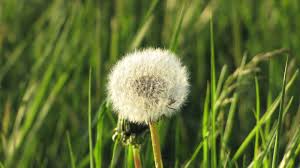 Then things began shifting. There was the "future of Midwinter" conversation. In our spring meeting, AASL board talked about some changes, including publishing the electronic Board Books so members can read them before the conferences, combining association awards like Best Apps and Best Websites (since there is considerable overlap and probably considerable streamlining in these areas), and eliminating the committee liaison role of the Board to have them report directly to the EC. There is the very real prospect that Council (which has some issues, though participation there was one of the best experiences I have had with ALA) might vote itself out of existence.

Then, in my final act as regional director on the AASL board yesterday, I seconded a motion and we voted unanimously to investigate restructuring that body -- a fleshed-out proposal would be sent to the membership for a vote, but it was a big signal to me (along with the whole Steering Committee on Organizational Effectiveness and LITA/ALCTS/LLAMA confluence) that the organization and AASL as a piece of it was more responsive and forward-thinking that I had feared. And I got to use a little Latin in a meeting.

Social cooling aside, this felt worthy of reviving this little channel. I now feel I am a different place with ALA. Maybe this January, I will actually get to a program or two. So I am optimistic. Happier. A librarian can hope.