Too many major things are going on right now -- this is the current state of the library: 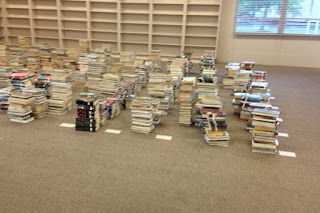 We were supposed to move out to our temporary quarters during spring break...but now the deadline is June 15th. That would be the same week as all of our state conferences. So I must get everything moved the week before...

And, considering we were closed for almost two weeks to administer AP exams, I was already behind. Now I know why my predecessor here had a ten-month contract. It's impossible to oversee that testing and get things wrapped up for the end of the year properly without that time.

As if that wasn't enough in and of itself, I'm also trying to get things together for my dissertation defense. If I can't manage to do that within the next month, it means I'll have to pay another semester's tuition and not graduate until December. I spent sixteen hours a day last weekend coding the extra data my committee wants, and I'm only about halfway done with that task, and then I have to re-run the stats.

And, the cherry on top, I'm teaching two classes for the library media grad program at Jacksonville State University for the summer semester. It's Young Adult Literature (living my dream, I am, with that one) and the internship. I've had to ask for permission to leave early the last three Tuesday to get home for the synchronous portion -- more stress!

I look terrible, feel like I am neglecting too many things, and just keep dreaming about a real vacation, but this too shall pass.
Posted by Wendy at 6:46 AM 1 comments

When I heard about Liz, Kelly and Sophie's the Show Me the Awesome project, I knew what I wanted to write about. It's one of the biggest issues I've encountered as a teen librarian and reflects an invisible patron group.


I've written about pregnant teens in school before. I'm convinced working with teen parents is one area where libraries can really make a different in improving educational attainment.

I've been the librarian in two high schools with different demographics, but one commonality: the surprising (to me) number of young mothers around. The number of teen mothers in rural areas has eclipsed those in urban settings. And I talk about mothers, not parents, because my experience is mostly with teen mothers, maybe as many times the fathers tend to be older.

As a childless, middle-aged person, I can offer little in the way of practical advice for these girls. But I can be a cheerleader, a confidant, and provide a letter of reference when they need one. My advice from a decade of talking with teen mothers follows.

Ask about their health. Are they sleeping? How do they feel? With all the focus on the baby, I worry about the girls. 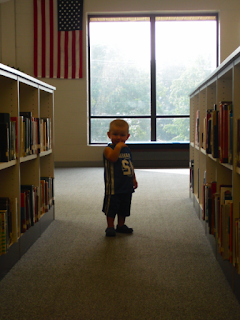 At a school, the likelihood of getting all the mothers and babies into one room is slim, but I think there are lots of ways you can connect them to quality resources. You can find used copies of What to Expect When You're Expecting in any thrift or secondhand store. I always pick up dollar copies to give to girls who kept out copy out. "You know this book costs $20," said one student when I gave her one. I worried about all the other expenses she was about to encounter. And even at $20, it seems a good investment.

Explain why they should talk to their babies. Give them resources like word lists and show them how they can use Google Image search if they don't have picture books handy. If you're in a high school, create a family collections, which can be terrific for those with younger siblings as well as teen parents.

If you're in a school, partner with your health teacher. You might need to have materials about sexual health and birth control to support that curriculum with quality informational text. The reality is that one in five young mothers have multiple teen pregnancies. And don't forget the information in standard reference books as well, which can provide much needed information in communities with abstinence-only sex ed policies.

Don't forget that fiction is a source of sex and health information for teens. While I have heard from several teens who want more realistic portrayals of teen parenthood in YA fiction, there are some good books out there. Han Nolen's Pregnant Pause is popular at my school.

Know when to avoid too much information. When a student asked about a scary disease, I pulled a family health volume instead of the standalone volume with gruesome pictures. The message was the same: when in doubt, see a doctor.

Promote the early literacy resources from the public library. Get the storytime brochures to share, or print the webpage with the schedule. When you hear a student talking about watching cartoons or DVDs nonstop, mention the library has a range of things available, and for free. They will remember.

Help connect young parents with materials to build their own home library. Dolly Parton's Imagination Library sends a new book to children each month from birth through kindergarten. See if your community qualifies.

Be happy for them. I learned this from one of my favorite fellow teachers, one who asked about their babies in the same tone and at the same volume she would have asked about their parents. No shaming. Let them have the baby shower in the library, if they ask. Go to the baby shower, if you're invited. Don't get too upset when their toddler pulls the keys off the laptop. Let them pull out their phones to show off the latest pictures, or pull up their mother's facebook page to show their friends. Only half of teen mothers will receive  a high school diploma by age 22, in contrast with ninety percent of women who haven't given birth. For young parents, these little celebrations connect school to real life and aren't mere distractions, and I'm convinced will improve time spent on task.

I'm convinced serving teen parents can change lives. Please share your ideas about how to support both generations of children.
Posted by Wendy at 12:32 PM 2 comments

For Christmas 2003, my husband got me some strange software that enabled you to listen to radio stations over the Internet, and I could even transfer podcasts to my Sony minidisc player -- a piece of technology that rocked, but, like Sony likes to do, used strange proprietary memory discs and was no longer support post-Windows 98.

Anyway, one of the first things I started listening to was BBC Radio's The Archers -- so often a punchline in Aga sagas, but I quickly became immersed in the lives and loves of Ambridge, as listeners have for decades. 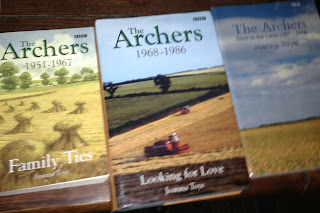 I only discovered Joanna Toye's series of books, commemorating the Archers 50th, recently: Family Ties (1951-1967), Looking for Love (1968-1986), and Back to the Land (1987-1999). I read the three volumes backwards, and it did flesh out some bits of the backstory I'd wondered about. One of my favorite parts? My large print edition of Back to the Land was withdrawn from Harrow Library's Housebound Services. Yes, I am an old woman. 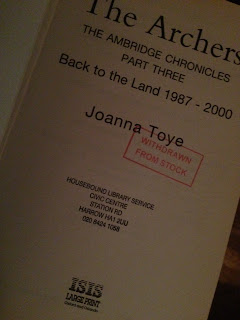 And then I discovered the existence of two stand-alone volumes, which of course I wanted to read as well. When I got Jennifer's Diary, I thought it had the worst cover ever: 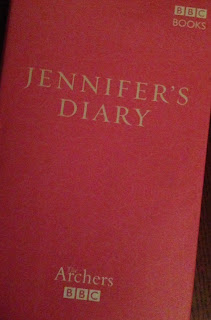 It was only after reading for an hour that I realized, if you look more closely, you can see the mock leather cover. 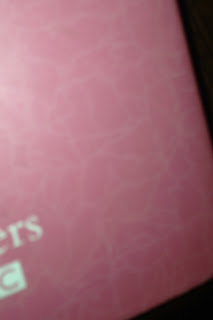 Very diary-ish. I LOVE The Archers.
Posted by Wendy at 4:30 PM 0 comments