I've been boring everyone to tears chattering about our holiday trip to China. We'd been gearing up for months, my husband learning a little Mandarin, me printing cards that said "I am vegetarian, I do not eat meat," and stockpiling granola bars and earplugs. We booked a package, because I thought I remembered hearing that if you went through an agent, you didn't need a visa, but the the travel agency sent us all sorts of information about its recommended visa company, so we filled out the very long applications. I printed it and filled it in by hand first, then was told by the visa company (we had to get a visa from the Chinese consulate in Houston, because we live in Alabama) it had to be typed, so I printed it, scanned it, used Adobe acrobat to fill in the blanks. nightmare. And we were flying out of San Francisco, so we had to supply all our domestic travel arrangements as well. And it was expensive. When the visa company charge went through on my credit card, I honestly thought someone had gotten hold of my number, we paid them that much for going to the consulate in Houston on our behalf.

School was a half-day Friday ( I love my new district!), and we flew out Saturday morning to San Francisco. We had a wonderful time there, visited friends, went to the SFMOMA, and had an anniversary dinner at Greens, which is one of my favorite places in the world. Monday, we left for the airport midday, to make sure Air China would seat us together. The flight was more than twelve hours, but we were terrifically excited, and I had a super-yummy sandwich from il Forniaio, so it passed quickly.

We landed in Beijing late on Christmas Day, and went to the immigration area, as one does, and the agent looked at my paperwork first. I was all set when he asked to see my passport again. There wasn't a problem with my visa, but there was one with my husband's. His visa was set to expire Dec. 31, 2012. Mine was expiring December 31, 2013. They were issued to the visa agency on the same date in November. It was obviously a clerical error, but there isn't any room for error there. My husband would have "to go back," I was fine to stay, in fact was encouraged to stay, but of course I didn't want to be on my own in Beijing and Shanghai.

They offered to send us to Hong Kong. Umm, we had no plans to go there, and how would we return? Eventually Air China found us seat on a flight leaving for Los Angeles. At this point, we were thrilled to just be together. But I had to"enter" China to leave again, and my husband wasn't allowed to, so we were separated. I browsed in the airport shops while my husband was being searched and questioned. His little bit of Mandarin came in handy, because the agents he was with didn't speak English. One agent asked him if he was on business or pleasure. They seemed very confused about why he was being deported.

I waited until the end of boarding, when I saw my husband being physically escorted on the plane. I wasn't going to leave without him. He had the seat directly in front of me -- we were both in middle seats, so just being able to see him was reassuring. Fourteen hours later, we were eating a tragic Christmas dinner in an LAX hotel restaurant. Today, we have tickets as far as Atlanta.

So no New Year's in Shanghai, no birthday dinner for me in San Francisco on the way back, and we're thousands of dollars out of pocket, but all I want to do is get home to spring our cat from the veterinarian where he's boarding, and read some books in my pjs. I don't think I'll be going back to Asia for a while.

I managed a break from more academic reading yesterday to devour India Knight's Mutton. It's a charming installment in the life of Knight's heroine Clara, what can best be termed the cosmetic surgery flirtation. But what stopped me dead in my tracks? Its very lovely design. 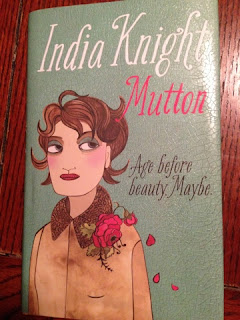 The cover is embossed, with alligator skin, redolent of ancient reptiles and old bags (ahem), but the very sweet little cartoon is NOT textured. The endpapers are a charming floral print. The cost of such fripperies (which I use here, as I was told fifteen years ago to remove it from a feature story as it "wasn't a newspaper word." Obviously, the editor was mad because I sent her to her dictionary...) had to be mere pennies, but what a transformation into OBJECT! Give me books this lovely, and I'd never use a Kindle. 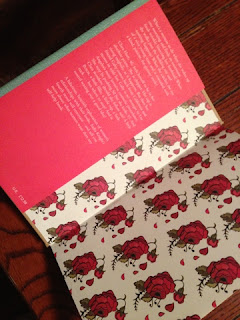 It didn't surprise me that it was from Penguin, as I have always been impressed with their design savvy. Anyone who can monetize the public domain through the aesthetic rocks in my estimation...

My year in consumer products


I started thinking about my year in technology, and I realized that most of the shifts I had experienced this year had little to do with digital technology… 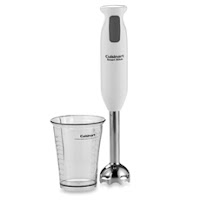 Cuisinart stick blender It’s compact to store, machine washable, and you can use it in glass and china vessels. I’ve made instant soup, milkshakes, and fluffy-beyond-belief mashed potatoes. 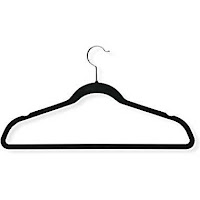 Skinny velveteen hangers They snap like matchsticks, but they do give you more room in your closet. 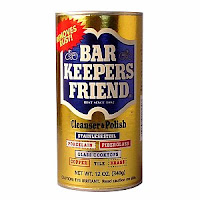 Barkeeper’s Friend A secret from the foods teacher at my former school. It kept her lab spic-and-span. No other gritty cleaner compares. 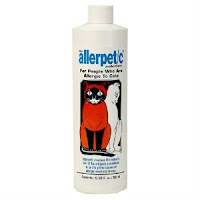 Allerpet C I still itch when I am around any furry animal but my own, but his weekly douse in this emollient enables me to snuggle my kitty without sniffling. 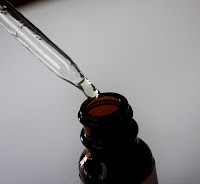 Argan oil I’m on the real stuff, not cut with inferior oils. Infinitely preferable to rubbing silicon on  your hair. 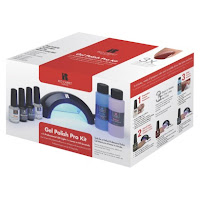 Gel nails You know a beauty trend is big when it hits The Wall Street Journal. I cannot express how these chemicals have changed my life. I feel so much more polished with polished nails.

So much of this year was about replacing – a 3rd gen iPad to replace the 1st gen, a Motorola Xoom to replace my generic Android tablet, the new iPhone...nothing *new*.  I’m hoping next year will bring some gee-whiz, can’t-live-without gadget, but in the meantime, I take all this as proof our modern lives can still get better.


Glancing through my Shelfari, some themes emerge around my favorites of the books I've read this year. If not otherwise noted, they are 2012 titles.

NW by Zadie Smith
Explores choices and identity as two childhood friends' lives move in different directions. Lots of local color from one of the most vibrant parts of my very favorite city.

Incendiary (2005) by Chris Cleave
I read all three of Cleave's novels this year, but this was the only one which blew me away. It's about a terrorist attack at a soccer match, and it was published the week of the Tube bombings, so I think it got a little lost in the aftermath.

Capital by John Lanchester
A sprawling novel about the investment banking crisis and its impact on one suburban neighborhood. I was rather desperate to read it after I read a review that said if a woman wrote it, it would be dismissed as chic lit, but as it wasn't, it was probably headed for a Booker. I do not regret paying for the shipping from the UK one bit.

The Northern Clemency (2008) by Phillip Henscher
Another big sprawling novel, this one about Sheffield in the 1970s. A family saga worthy of Maeve Binchy.

The Lost Art of Keeping Secrets (2006) by Eva Rice
A fabulous historical novel with a country mouse cast among debutantes in 1950s England. Sadly, it is Rice's only book.

Me Before You by JoJo Moyes
Don't let the rather stupid cover art fool you, this book is a grown-up version of The Fault in Our Stars. Just where you think it CAN'T be going, it does, and Moyes carries it off.

Other Women (2005) Kirsty Crawford
Reminded me of Cathy Kelley -- the intersections of a trio of very different neighbors,  one of whom has just decamped to the county from London. A surprising twist at the end left me clinging to my copy all night until I could finish it.

My Friend Dahmer by Derf Backderf
I heard about this one at the YA Lit Symposium, then got a copy at ALAN, where Backderf spoke. I am not into true crime AT ALL, but this is a gentle treatment of Dahmer's descent into isolation before he killed. And the illustrations are wonderfully 1970s in style, and drawn from Backderf's high school sketchbooks.

Little White Duck by Na Liu and Andres Vera Martinez
This memoir in graphic format was exceptional among the many, many books I read about China this year. I saw someone today on twitter say it was as narratively rich as many Newberies, and I agree.

Drama by Raina Telgmeier
I loved this glimpse behind the scenes at a production of a middle school musical. Telgmeier conveys the interpersonal angst of preteens so perfectly with her deft illustrations.

The Scrapbook of Frankie Pratt (2011) by Caroline Preston
This Alex winner is charming, cobbling together text and ephemera for a vibrant sense of bohemian Paris in the 1920s.

Liar & Spy by Rebecca Stead
This was a banner year for middle grade readers. -- I'm thinking about See You at Harry's by Jo Knowles and Don't Feed the Boy by Irene Latham. But I think Liar & Spy transcends kidlit. It's as tight and as circular as When You Reach Me, but even better because it's not so strictly inter-textual. Everyone should read it.

Penelope by Rebecca Preston
Penelope is a Harvard freshman, and Preston nails all that entails in an idiosyncratic little novel.

Life Would Be Perfect if I Lived in That House (2010) by Meghan Daum
I read about Daum's work on The Billfold. She gives voice to the young women who seek to define themselves through their lifestyle with her peripatetic motion and palpable anxieties.

Money Boy (2011) by Paul Yee
I really, really wanted to know more about Chinese culture after reading this book. An immigrant boy whose parents discover his sexual orientation takes to the Toronto streets. The end is a little pat, but on the whole, I loved it.

The Fault on Our Stars by John Green
Did you hear it was Time's best book of the year? It feels a little bandwagon-y, but it is a great book. And it gets bonus points for excellent descriptions of Amsterdam.

Artichoke's Heart (2008) by Suzanne Supplee
I had somehow missed this sweet, funny, warm book. I heard Supplee speak and picked this one up just after, but I was thrilled it was already in the school collection so I don't have to surrender my copy. I loved Supplee's sense of place and the complexity of her characters.

A Plague Year (2011) by Edward Bloor
This account of the effects of methamphetamine on a Pennsylvania town is a hundred times better than anything else, nonfiction or fiction, I've read about addiction. It's downright eerie the way the characters start peeling off, joining the ranks of the pushers and users, and the violence escalates.

Code Name Verity by Elizabeth Wein
This is my favorite book of the year, hands down. I loved both the central characters, all the intrigue and most especially the World War II backdrop. I read the book the week it came out, then listened to the brilliant audio version. I want to give a copy to everyone I know, it's that good.
So -- not much nonfiction here. And nineteen books, like nineteen books in 2010, and seventeen in 2011. Telgmeier and Moyes recur from years past. I know what I like, as the saying goes.
Posted by Wendy at 7:29 AM 0 comments