So that's what they call my lifestyle?

I have a weakness for books about fashion and about minimalism, especially ones with quirky illustrations. Last weekend, I was reading Savvy Chic, by Anna Johnson, who wrote that book claiming your only needed three black skirts, and there was a section entitled Miracle Money Free Days, where I happened upon this passage:


DAY OF THE BRAINIACS: Read one whole novel (or novella) in a day. You have twelve hours to finish an entire book from cover to cover. Read it at the breakfast table, read in bed, read in the bath, read on the lawn, read of the bus, read at the pool, read on the couch, read on the exercise bike. When you turn the last page, write down all the impressions that rush to mind and then welcome yourself back to the world of nonfiction.

...aside from the locations and the scale (just one book!), she pretty much describes any day I'm not at school, or at a meeting...I'll have five such uninterrupted days before I leave for our winter vacation, and I'm almost looking forward to those as much as the trip.

Happy holidays, and lots of Days of the Brainiacs to you all.

Letting go, or not

I subscribed to Audiofile to prepare myself for my Odyssey Award service, and in my second issue (December 2013/January 2014) found an article entitled, "Listening with Your Odyssey Ears." It was an interview with Ellen Spring, the 2014 chair. I found the article interesting -- it alerted me to the existence of the award manual, for example. But perhaps most interesting was the phrasing of one of the interview questions, I suppose from Priscilla Grant, the article author, "What keeps you serving on ALA committees?"

Spring's answers are similar to my own -- it's fun and rewarding! And I know in a lot of professional settings, that sort of participation is expected. But I guess I am beginning to seriously question why I devote so much time and money (and I've never had any financial support for library conference, except for being able to take off from work, which sometimes seems like ample support enough) to trying to buoy things along, when I could use the money for cosmetic surgery or capital investments of some sort or another.

I've noticed, ever since my first professional committee involvement, that some people agree to be on committees and then don't do much. Or anything, really, in the most egregious cases. Maybe committee membership is how they get institutional funding for their conference-going. But why would you return that acceptance form, or even submit a volunteer form, if you really didn't have the time to devote? Some organizations and divisions seem to have more of an issue with this than others, but the reality is that every position these inactive members are occupying could potentially go to someone more engaged with the work. Some people complain that a handful of individuals dominate professional organizations, but frankly, I prefer that to no-shows.

I am on one committee now, not an ALA committee, chaired by someone who hasn't done anything much towards the group mission, but she has some good members who pick up the slack. And guess who's running for president of that organization this next year? The do-nothing chair. 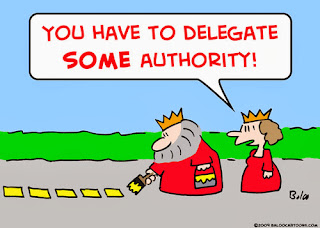 I'm not sure why this makes me so mad. After all, getting other people to do everything is a skill in itself. Heaven knows I wish I was better at delegating, letting go, and not worrying about every little thing. But I do predict the do-nothing chair will continue on in this same way and, if elected, other people will be pressed into service. I personally may have to do some fancy dancing to avoid it, but I see it coming from a mile away...
Posted by Wendy at 5:00 PM 0 comments

When I visited my good friends in Vermont last month, we talked a lot about the abysmal political climate, polarization of American society, and the possibility of class warfare. In this crowd, I was the optimist, arguing that the pendulum was moving backwards, with the same voters who made the last Congressional elections essentially a referendum on the president might be so fed-up, post-shutdown, that they might actually try to help other people -- you know, the ones outside their social media circles. My friends, less optimistic, urged me to look into growing my own food.

But there have been some happy signs, of late:

Americans might be as compassionate as the Danes, if stories surrounding social safety nets reflect realistic employment conditions. Which requires two sentences.

The New York Times ran a fascinating article on the inherent conflicts between Christian dogma (especially anti-abortion rhetoric) and meat-eating.

And then, today, Pope Francis, critic of capitalism, champion of the poor and downtrodden was chosen Time's Person of the Year. I am not a Catholic, but goodness, he makes me almost want to convert. Especially if I could keep my birth control. 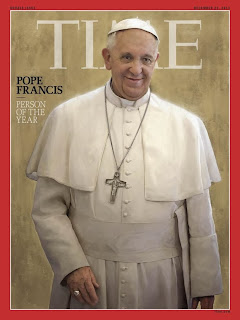 Well, how did I get so political all-of-the-sudden? Well, I found my mantra when the president of the Mississippi ACLU told my NEH seminar group last summer: "I might be just to the right of Mao Zedong, but I learned my politics in Sunday school."

What I don't understand is why more people DON'T.

It's that time of year again. Not just things published in 2013, but things I happened to read in 2013. In no particular order, either. 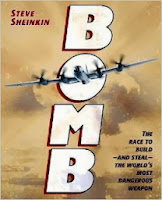 The bomb: the race to build and steal the world's most dangerous weapon (2012) by Steve Sheinkin

I almost never picked this one up, because I am a smarty-pants about World War II in general and about the creation of the atomic bomb in particular. But when it kept sweeping award after award at the YMAs, I knew I'd have to give it a whirl. This account had thrilling stories I'd never heard before (that Norwegian heavy water plant!), and the edge-of-your-seat narrative style held it all together nicely. 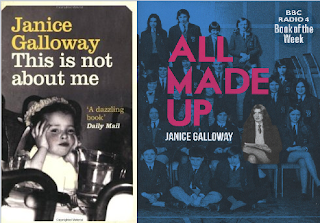 Journalist Brockes travels to South Africa to learn about her mother's childhood abuse at the hands of her own father. Like the Galloway, this could be dreary, but the punctuation of differences in manners and morays places it is a larger context about identity and the past.

The lonely passion of Judith Hearne (1955) by Brian Moore

Miss Hearne is a woman deeply concerned with propriety, and she is an alcoholic. Moore chronicles her descent through the rungs of  Belfast boarding houses, and what is perhaps her last chance for romance. This book is shockingly modern in its sensibilities.

Giggling, because is Maeve Binchy realistic? No juvenile is too far gone for the salves of Irish rustification, evidently, and all old sins are always forgiven. The last Binchy isn't the best, but it still makes you feel better about the human condition, which was just opposite of the finding in a study that, as my husband says, did not report what it claimed to report. 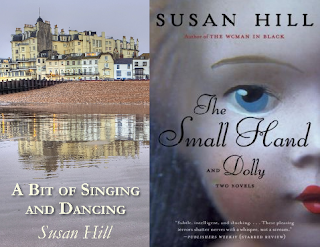 I'd had Howard's End is on the Landing on my Amazon wish list for ages, but it was just coincidental that I happened into The Woman in Black in the West End this March, since I had been nonplussed by that Johnny Depp flick. Lucky me, to discover the work of Susan Hill, in the middle of a screaming audience. her world is thoughtful, well-drawn, and just a smidge creepy. I'm quite obsessed now, though I can't get into the Simon Serralier books, not being a procedural fan. But for Hill, I tried. 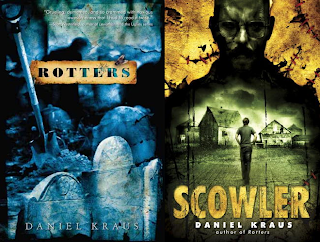 I would call Kraus a complement to the dark and suspenseful Susan Hill, but if anything his writing is even a little more robust, having a wonderful middle American muscularity to it. Describing either book is difficult, but they are such extraordinary experiences, I can't say enough good things about them.  And the sense of PLACE is extraordinary in this rapidly homogenizing world, too.

Past imperfect (2009) by Julian Fellowes

I'm not sure how I didn't buy this when it was new -- I was well into Snobs before Downton, after all. Past Imperfect has a lovely story arc surrounding an uncertain paternity that frames the contrasting looking backwards but living now zeitgeist to capture a very specific moment in twentieth-century time.

This was described as Gone Girl readalike, but that's selling it short. Again, very time-and-place-driven (contemporary Chicago this time). The wife is wronged, and bent on revenge, but handles it in a more realistic matter, and with a just slightly more believable conclusion. Also, many pages fewer than the lugubrious Flynn.

This books is alternately told between flashbacks to a child growing up in a religious cult and an adult woman taking her first solo adventure of a vacation with her ex and child at a great remote. The plot ends up going places only the inventive Barr could go, and it is really thrilling when everything comes back together.

I found the twee voice of little Bee so off-putting, it was difficult to get into this novel at first...but again, Alex designation pulled me back. Somehow, out of the supposed mess of Bernadette's life and abandoned career, the balancing act contained within this novel makes you understand more about life, parenthood, and the Pacific Northwest.

Is New Adult simply YA with more sex? Or is it just to make grown-up women feel better about having grown past all this? I'm not so sure, but I think both of these could be squished into that category.

Little fish: a memoir from a different kind of year (2013) by Ramsey Beyer

There is one word on one page of this book which gave me pause about including it in a teen collection, but I think the terror and excitement of venturing out into the world is so universal, I thought it might forewarn some of our college-bound darlings about the very predictable patterns of leaving home. And the art is especially charming.

I read all three Rowell books this year, and this was my clear favorite. It seems like Rowell knew about Eleanor and Park, but she knew Cath in an entirely different, and less idealized, way. I found Cath's romantic escapades utterly believable, as was the spectrum of students in Lincoln (another vividly-rendered place, as was their Omaha). It took me a while to get through it, mostly because I was jealous of everyone else who got an ARC, and I was a little scared the fandom would dominate the novel rather completely, but it was a delight.

Two girls, raising themselves in a camper in the woods, hiding from their father. But maybe he's not the monster their mother made out...and life outside the woods, among peers? Even harder, in some ways. A couple of adult readers I know said they "saw" the conclusion coming, but I haven't recommended it to a teen who hasn't loved it. The voice is right up there with Woodrell, I think.

Forbidden love in Iran? And who knew that gender reassignment was state-supported there? This book is brave and normalizes life in a very different place. A stunning debut.

I'm not sure if it's the perfect embodiment of paranoia, or the post-apocalyptic landscape, but this one taps right into my own worries as well as my teens'. It's a perfect stand-alone, and a great follow-up read for the current dystopian craze.

So, trends: more grown-up books (perhaps I'm front-loading, since I'll be listening to more kidlit for the Odyssey, which as a YALSA/ALSC joint award spans the whole age range), more nonfiction (especially memoirs), more suspense and/or horror, a just a touch of new adult (though I really think that is all marketing and less a real shift in writing style).

And, as I watch the year-end lists (my favorite being NPR's rather inclusive one), I am surprised by the recurrences of things I just didn't like (e.g. The Interestings, which was a DNF for me...) I'm glad we all have different tastes.