The android tablet reveals the crown gem of ebooks

It had been a while since I had requested anything from Netgalley -- which is the most brilliant concept and I can only day I am green that I did not think of it myself! -- but I noticed last week that none of the last spate of electronic ARCs I asked for seemed to have the option to send the file to my Kindle. Someone in the twittersphere suggested it would return soon.

The 60-day clock (another innovation, that) was ticking! So, to read Lucy Kellaway's  British potboiler In Office Hours and then A Girl's Guide to Homelessness, Briana Karp's memoir derived from her blog, I pulled out the Pandigital Novel, the Android reader I bought last summer from Bed, Bath & Beyond. It was $149, I have since seen it advertised for $99, and if the $99 Kindle rumors are to be believed, I think  $50 ereader is possible by fall. I had not used it since September though, upon retrospect, the touchpad wasn't as bad as I'd remembered, I couldn't use it for checking Twitter as I kept inadvertently re-tweeting. And the Adobe Digital Editions software is so much clunkier than the consumer-oriented functionality of the Kindle! And the wires! I despair of those. But it is great for the Overdrive books from the public library...

Meanwhile, reading In Office Hours (in its epub format) was terrific. The font was sufficient, the cover art maintained. A Girls' Guide, which was pdf, was clunkier, because the spacing between lines varied wildly at the "large" font size,  and the margin symbols transformed into date stamps. Meanwhile, I couldn't read either Everything I Was or Plan B on the little tablet, because they crashed the Adobe software. They both have graphics-heavy front matter, but I can't see why that would be happening... 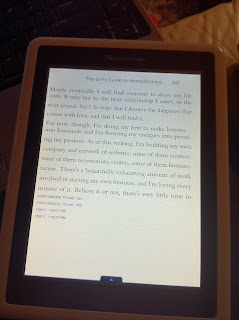 Then I found the crow jewel of ebooks, something that takes it to an entirely different realm. Something that threatens to be so democratizing as to evoke Gutenberg -- a gorgeous picture book on Preservation Hall done by LSU Press. With layouts that looked almost optimized for the tablet, the integrity of the text was such that you could see the effect that its influence would have on any reader, something I hadn't seen done with a purely electronic work. This doesn't do it justice:

In other events, my second generation Kindle is still waiting for a software update for pagination...
Posted by Wendy at 7:40 PM 1 comments 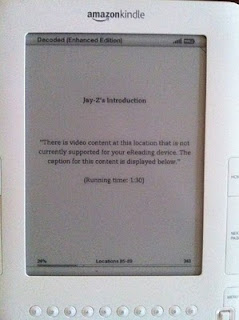 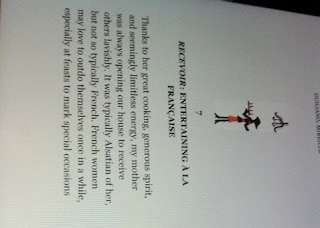 Meanwhile, harbingers of an Apple/Amazon schism indicate Apple wants a share of Amazon's profit for those in-app Kindle reads. So what's the point of building in (and flogging) functionality your proprietary hardware doesn't yet support? Just part of this weird, morphing ebook landscape.
Posted by Wendy at 6:25 AM 1 comments

Things I can't do

This is not a post about personal shortcomings, but rather one about institutional ones. I have become accutely aware of the amount of time I spend everyday engaged in needlessly repetitive tasks. Telling students the name of the library's printer, or walking over to the computer to help them choose the printer is perhaps the biggest time-suck. And that is necessitated because I cannot set a default printer for all our users.

In the same way, I cannot set the library homepage to the OPAC or our excellent state-funded databases. Instead, when our students open the browser, there are immediately confronted with the blocking screen from our district's web filter. The MSN site, because of its social aspects, is out-of-bounds for students, but they are constantly re-directed there since it is delivered with the machine. 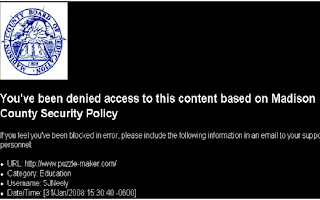 I was reminded of how innured to all of this I have become over the weekend at Educon 2.3. I was admiring some of the great digital storytelling tools like MixBook and Scrapblog that the incredible Joyce Valenza uses with her students, but knew immediately that the requisite plug-ins would be a prohibitve issue. I cannot update anything, and though our district does push some updates out, sometimes these machines don't have enough disk space to load those. Because I cannot defrag the disks, or delete the temp files, or free up the space occupied by the profiles of the hundreds of students, many of them long graduated, who ever logged into that machine.

So I came back from SLA frustrated, and not just because all of our students don't have the same sort of supportive learning environment, but because there are so many barriers to the tools they need to be even minimally successful.
Posted by Wendy at 12:35 PM 0 comments