More stuff from around the web related to things I did at AASL this past week:

AASL Day One: E-ink and Collection Development from American Libraries

Buffy's YouTube Video from my Talk on Librarian Image in the Learning Commons
Posted by Wendy at 10:48 AM 0 comments

I just got off the plane from the AASL National Conference. Every little bit of it was terrific, most especially the F. Scott Fitzgerald Walking Tour and the Closing Celebration at the Nicollet Island Pavillion. I also had great visits to the Walker Art Center and the Minnesota Center for Book Arts. Minneapolis (and St. Paul!) are way cool and I never knew it...

In the learning commons, the preconference, and the convention center, I managed to catch up with too many colleagues to list, but my favorite sessions by far were Lisa Perez's wonderful but unintimidating discussion of the important role librarians serve in integrating technology in schools, and Mimi Ito's closing keynote on harnessing student's digital energy for the good.

Ito's positive examples of media production were on my mind when I started reading 50 Cents' forthcoming book, Playground, on the way home. The protagonist is Butterball, an eighth grader with a passionate interest in film and manga and comics. The plot centers around an incident stemming what he believes to be a deep betrayal on the part of one of his few friends at his Long Island junior high school. But I keyed on two passages in particular:

"...when I was at the library at school, I looked up Batman and ended up finding out a bunch of shit about the guy who'd made the latest adaptation. Christopher Nolan, that's his name. I was interested, you know? He was like my opposite in every way -- from England, and rich and snooty and all the shit you'd expect, the kind of guy who'd cross to the side of the street if he saw me coming. But one thing really stood out for me, and that was that this cat made his first movie when he was seven years old. Isn't that crazy? I mean it was the same age I was then, and that brother had already made a movie? Man." (p.111)

Butterball began saving for his own camera, and edits video on it until he eventually gets a computer from an unlikely ally to craft a film, "The Superhero of Suburbia," for application to an arts magnet.

"I bought a Kryptonite lock for my locker and spent every free period and lunch holed up in the library, reviewing the footage Malik and I had shot the afternoon before" (p.227).

The language is a little strong, but it was otherwise a rather inoffensive read for middle grades, and very entertaining. As with last year's Val Frankel-ghosted Snookie book A Shore Thing, I thoroughly enjoyed it, and what an important representation of the potential role of school libraries in both young people's everyday life information seeking and multimedia production!

Thanks, Curtis. And thanks to the great conference committee -- it was my very favorite AASL (so far!).
Posted by Wendy at 10:41 PM 0 comments

Gearing up for #AASL11

The every-other-year experience that is the AASL National Conference really IS the ultimate professional experience for school librarians. I've added more sessions than I could ever attend to my conference planner -- oh! the conflicts... -- but I'm very excited to see old friends and meet new ones in Minneapolis.
You can catch me ---
I am also going on the F. Scott Fitzgerald walking tour and will be blogging for the AASL blog throughout. Hope to see you there!
Posted by Wendy at 10:58 AM 0 comments

Reading, on the beach

I should be on my way across the Pacific Ocean right now, but American Airlines (who robbed me of the first days of my last two vacations, incidentally -- you'd think I'd learn) had other plans...

Anyway, I spent the last week on fall break in Maui. It was a rather atypical vacation for us, being resort-based, but I did get to observe the reading and working habits of many middle class individuals in Wailea, so that was something. My ethnographic notes:

• Dedicated ereaders abounded. And on the beach, and by the pool. I saw all varieties of Kindles and nooks, but also a bunch of Kobo readers.

• I was a little flabbergasted with the number of people contending with with iPads and MacBooks while sopping wet. And iPhones, Blackberrys, and SLRs. I am loathe to bring an iPod on the beach, but I seem alone in that reluctance.

• European visitors to the Fairmont Kea Lani were more likely than American counterparts to stick to print.

• Roughly one in four female visitors reading books were reading one book. The Help. I think that book is deeply offensive on so many levels, but that's an entry for another day. But the irony of reading something so self-congratulatory in such a context of privilege smacks on confirmation bias of some sort.

I read a stack of vintage Agatha Christies (all Poirot) instead of anything e. And I've caught up on 1200 entries in my RSS reader while stranded in Honolulu. Which was entirely depressing.

And I saw the Lahaina Public Library. 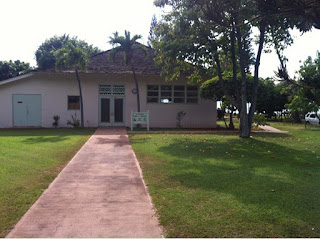 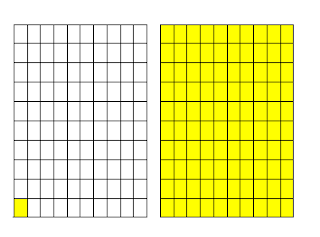 Since my trip to Kentucky, I have been fretting over how far behind we've fallen over the last few years. I am thrilled that we have maintained our staffing. With the exception of the increased divisor which left us with five fewer faculty members this year, our schools are more intact than many. But there are still problems.

The area I am most concerned about is technology. The district technology coordinator came by my school two weeks ago to help set up a mobile IVC lab for a virtual field trip, and he told me the number of computers in this year's budget -- about five per school, for 27 schools -- with the caveat that he was asked not to buy those until later in the fiscal year, suggesting he really might not be able to order them at all. Meanwhile, in many of the schools of the Kentucky media specialists who I met over there, there are laptops for each child. How can our students catch up in a 1:1 world, given the 1:100 ratio in my library and little open lab time? I have been working around it by bringing computers from my home, but I don't have an unlimited number of those, and they can't go on the school networks, which limits their utility to offline multimedia production.

Our library's student machines are limping along. I've paid from my scant funds to max out the RAM, but the newest are more than six years old. When I contrast them with those in the labs, they are positively zippy. Though I'm down more than $45,000 over the three years of zeroed materials funding, I can scrounge books, between conferences and publisher's samples and my own pocket. But computers are a larger proposition, especially given the ridiculous bid list pricing. I am afraid it will be a bloodbath to jockey for position when we open a new high school, given the increasing contest for scarce available resources. New schools get three years of library materials funding...and new computers.

I said this summer that their hadn't been palpable anxiety about the state cutting librarian and media specialists from the schools, but doesn't it feel like that might be an inevitable long-term outcome when those resource-based professionals are not given sufficient funding to carry out their job properly, year after year? Doesn't that increase the likelihood they won't be able to satisfy the needs of our students and teachers?

The young faculty don't know how their teaching lives could be different, with money for technology and professional development and common purchases. A member of our English department asked if I would get the $140 in classroom supply money that the teachers were allotted. When I told her about my prior budgets, literally more than a hundred time that amount, she expressed sheer surprise. I hope she is a teacher long enough that she will experience the luxury of those funds returning.
Posted by Wendy at 7:19 AM 0 comments

The evolving nature of intellectual freedom

When I began my work as a school librarian, I believed standing against censorship was the most fundamental tenent of our profession. I did a big banned books research project with some English classes, and intellectual freedom was at the center of much of my earliest writing and presenting.

But I have been thinking about the elimination of school librarians and school libraries as another, more insidiuous form of limiting our students' access to information. And I chalked up another roadblock over the weekend. I got to speak to the Kentucky School Media Association, and my suggestion that we read a book each day was met with some disbelief. What can I read everyday? Well, somedays it's adult books, some days YA, somedays nonfiction, but I do average a book a day. Where do I read? Well, not at school, which seemed to be the anticipated answer. But think about it. If we aren't modeling reading daily, and we aren't getting to know our collections to connect them to both student readers and curriculum support, isn't that information as good as banned? As librarians, we alone can make the connection between the materials and the readers which enables real intellectual freedom, or so I would like to think.

And, as Banned Websites Awareness Day highlighted, access to information is more complex in a digital environment. Equity issues still plague us. I am anticipating some of the multimedia files in the ebooks I have bought from Amazon will work with the new $199 Kindle Fire, but what about with their $79 entry-level e-ink reader?
Posted by Wendy at 8:25 AM 0 comments