I have been running around like crazy for the past month. First there was TASL, the Tennessee Association of School Librarian's conference, where I got to present a sold-out technology tools preconference and two concurrent sessions. For a state school library organization, I was really impressed with TASL's organization of the whole event -- the conference graphics, programs, and app (!), the swag in the bags, the locally sourced gifts in the speaker basket (including handmade marshmallows), the awards banquet -- even the pacing was perfect with half-hour breaks between sessions. I'm very impressed they pulled together this three-day event as well as a two-day summer camp. And the unticketed but seated membership luncheon with Claire Vanderpool was a very nice touch, too. I

Then I went to the YALSA Lit Symposium in St. Louis, and the sessions there were by far the freshest and the most applicable to my work as a teen librarian I have encountered in one place. The YA librarian rock star presenters, the dozens of authors, and plenty of time to catch up with the colleagues who have become dear friends made the whole thing downright magical. The awesome view of the landmark arch helped, too. 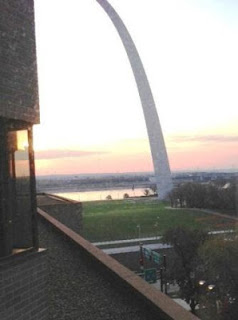 I was lucky enough to travel to the Lit Symposium and to ALAN with my very good friend Beck McDowell, whose debut novel This is Not a Drill had just been released by Penguin last month. This is Not A Drill is a classroom-based hostage drama featuring estranged teen tutors which unfolds in real-time. Confession: I am in the acknowledgements (blushes), but apart from that, it's a project I've been following for a while since I actually read it as a manuscript. It's zippy and layered, and I was super-gratified Beck's work was so well received by Kirkus and Booklist and the librarians at the Lit Symposium Book Blitz.


I got back from the Lit Symposium to find a letter notifying me I had been appointed to the USBBY Board of Directors (which means heading back to St. Louis, as they meet there next fall). I have always been a huge fan of IBBY, so working with the national affiliate is beyond thrilling. That group has two members each from NCTE, IRA, CBC and ALA, and I will be one of the two ALA appointees for the next two years. This might make up a little bit for my inferiority complex about never having been on a selection committee.

Then I went to ALAN, my favorite annual YA literature infusion, which was in Las Vegas this time, possibly the least bookish city in the world, though I was tickled to see the awesome public library advertising in the airport. 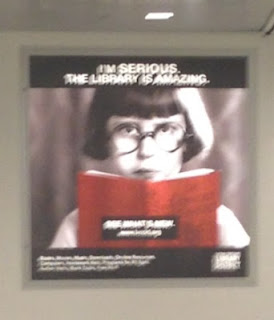 As always, it turned me on to dozens of new titles and authors. I spent the holiday weekend reading through some of my ALAN box (My Friend Dahmer, Out of the Easy, Mexican Whiteboy and Personal Effects). I was a little tickled to see some recent favorites show up on the Kirkus 100 Best Children's Books of 2012 list. Some picks were predictable, so I was happy they shook it up with:


Frankly, I'm planning a bit of a reading and blogging hiatus as I enter serious dissertation-writing mode. The UNT Internal Review Board has approved my data collection and methodology, so now it's just a matter of writing something intelligible enough to get past my committee and the university reader. So keep your fingers crossed for me, as it's important I forgo what I want now for what I want most for a little bit.